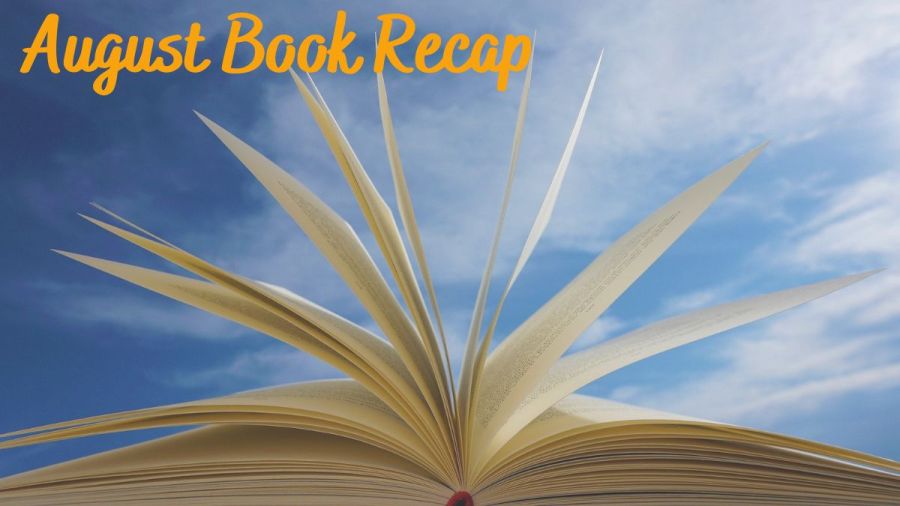 It’s been a while since I have been able to do a big blog post on the different books I consumed in a month.

With school starting again, I had even less time to read books for fun. However, this time, I reverted back to listening to audio books, and that was one of the best decisions I made.

Most of the books on this list and on future lists will be nonfiction. This is because I tend to find these easier to lose myself in rather than fiction (I’m very picky with voice actors).

As I do fuller book reviews for the ones on this list, I will link to them. I hope you find a new read to check out!

Elsie the vampire is three hundred years old, but in all that time, she has never met her match. This all changes one night in a bar when she meets Jimmy, a charming werewolf with a wry sense of humor and a fondness for running wild during the full moon. Together they enjoy horror films and scary novels, shady strolls, fine dining (though never with garlic), and a genuine fondness for each other’s unusual habits, macabre lifestyles, and monstrous appetites.

Being able to read these comics in a more cohesive order and with more connecting details made this an enjoyable experience. I loved reading how the two main characters grew in their relationship and as monsters. Another enjoyable read by Sarah Andersen.

People Who Eat Darkness: The True Story of a Young Woman Who Vanished from the Streets of Tokyo – – and the Evil That Swallowed Her Up by Richard Llyod Perry

An incisive and compelling account of the case of 21-year-old Lucie Blackman, who stepped out into the vastness of Tokyo in the summer of 2000 and disappeared forever. The following winter, her dismembered remains were found buried in a seaside cave.

The seven months in between had seen a massive search for the missing girl, involving Japanese policemen; British private detectives; Australian dowsers; and Lucie’s desperate, but bitterly divided, parents. As the case unfolded, it drew the attention of prime ministers and sado-masochists, ambassadors and con-men, and reporters from across the world. Had Lucie been abducted by a religious cult, or snatched by human traffickers? Who was the mysterious man she had gone to meet? And what did her work, as a “hostess” in the notorious Roppongi district of Tokyo, really involve?

The retelling of this crime was very engaging and was interspersed with interesting Japanese history. I had never heard of this crime despite it happening during a time when I was alive and actively watching the news.

The author wrote in a way that gave as much detail as he could with the information he had.

Since I listened to this on audio book, it was at a faster pace than I would normally have finished it.

For the Love of Books: Stories of Literary Lives, Banned Books, Author Feuds, Extraordinary Characters, and More by Graham Tarrant

This was an alright read through. I learned some interesting facts and history about books and their authors, and I have a few new books to look into.

Unfortunately, the format left much to be desired. Rather than doing a deep dive, it briefly touched on everything to the point I felt I was reading a Buzzfeed list. This isn’t helped by the top 10 list read off at the end of each chapter.